How to Handle Parent Conflicts 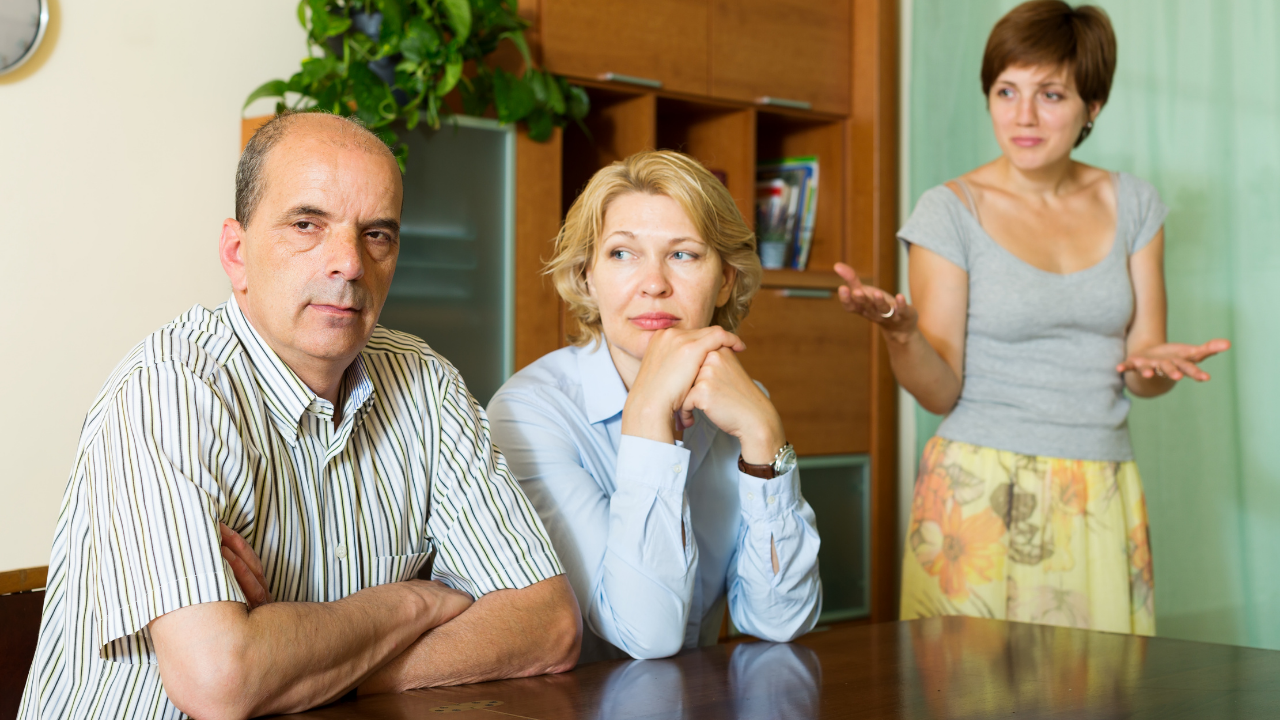 Ask any teacher what their top three least favorite parts of being a teacher are, and most would mention “parent conflicts” somewhere on that list. (Likely among “grading” and “lack of administrative support,” but those are topics for another time.) Facing upset parents/families/guardians is always difficult. You do your best in the classroom every day, often leaving school mentally exhausted from all of the decision-making and social interaction, so receiving an angry parent email or voicemail can often be the straw that breaks the camel’s back.

Sometimes those messages can seemingly come from out of nowhere or be because of a misunderstanding. It can be difficult to know how to respond in the moment, so how should you handle these situations?

Also, especially with email, remember that tone is difficult to convey through text because it relies heavily on the recipient’s interpretation. For example, “My daughter needs to be dismissed from rehearsal early” - if I’m in a good mood, this seems like a reasonable request! If I’ve had a bad day, I could interpret it as a parent not valuing my program. Always lean toward good intentions.I have witnessed (and experienced) several instances of rude-sounding emails that eventually lead to pleasant outcomes because the teacher assumed good intentions on the part of the family.

Before I got my teaching job, I worked in the retail and customer service sector in many different capacities, and those skills have helped me out a ton with handling conflicts of any kind. When it comes down to it, people simply want to be heard. When I would have an angry customer in retail, I would let them get their grievances out without interruption. I would actively listen in order to identify exactly what their concern is. Nine times out of ten, this would help calm the customer down enough to have a calm conversation.

The same strategy can be used in any sort of conflict. With active listening, I try to relay back to them what I heard. I might say something like “It sounds like you’re upset about the conflict of schedules between -student’s- sports game and the upcoming concert. It is a really frustrating situation. Let’s see if we can work together on a compromise.” Families are often fierce advocates for their children, so hearing the teacher acknowledge their concerns and be willing to work together for a compromise can be very powerful toward calming down a tense situation.

Sometimes a situation escalates above our paygrade. Sometimes a parent might have it out for you for whatever reason. Maybe you’re in a situation where you feel scared, slandered, or even threatened. If a parent conflict has escalated this far, get your administration involved. You do not need to handle things alone, especially when it comes to your physical, emotional, and mental safety.

Even before it escalates to that kind of level, I recommend looping your administration into what’s going on. You don’t have to schedule a sit down meeting with the principal and parent for every situation, but sometimes a simple heads up to the higher ups about what’s going on can keep them informed and aware of the situation just in case. In situations that could potentially escalate over time, such as student-student conflicts that the parent is reaching out about, I prefer to alert administration so it doesn’t potentially catch them off guard later.

Of course, these aren’t the only ways to handle parent conflicts, but I hope they give you a good place to start when things can start feeling overwhelming. What strategies do you use to navigate conflicts? I hope you won’t have to use these tips very often, but I also hope that they help you when tensions get high!

If you need more support from a community of teachers just like you, check out the General Music Mastermind Facebook group! 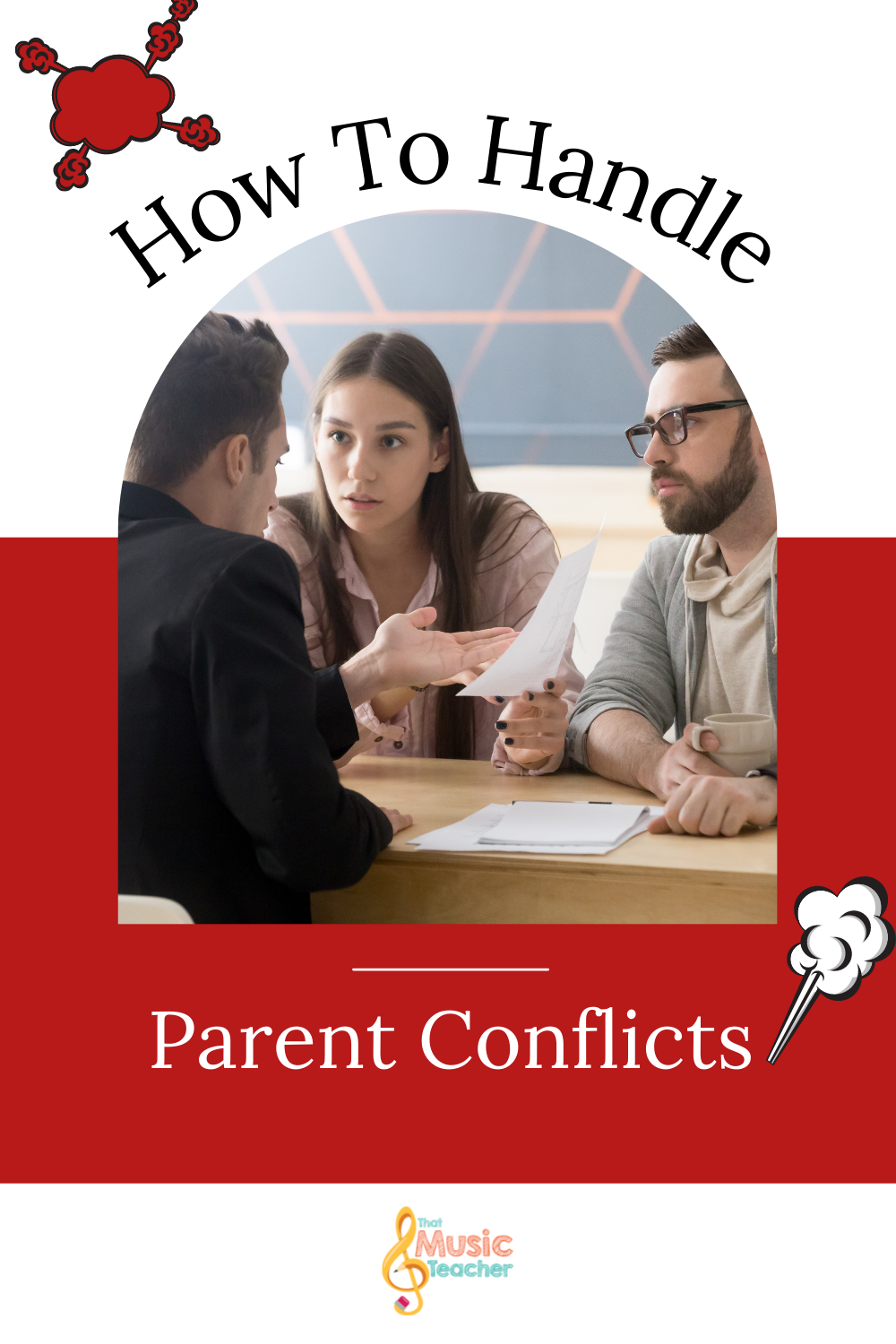 Get started today before this once in a lifetime opportunity expires.

Get started today before this once in a lifetime opportunity expires.